When using the Elmedia Player to watch your video files, you may need to slowly go through the scenes to find something you’ve missed or simply watch it again in details. To get to that exact scene, you need to make sure you have a video player with frame by frame. Lucky for you, Elmedia comes with this feature and enables you to jump in tiny bits in a movie to find exactly what you are looking for. Using this frame by frame video app gives you full control of navigating through the scenes. Join us as we explore the details of watching videos frame-by-frame using a slo mo video player like Elmedia.

This frame by frame video player for Mac allows you to play a video forward one frame at a time until you get to a specific scene you are interested in. Video player for Mac puts you in control of frames, so you can move forward in tiny little steps and not miss a thing.

How you view video frame by frame on Mac:

1. Download, install, and open the free Elmedia Player on your computer.

2. Open a video that you want to play frame by frame. There are several ways to open a video using this player: 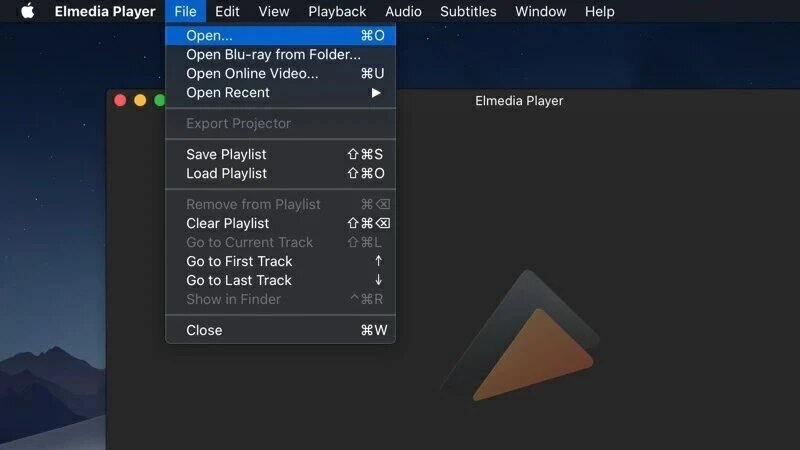 3. Click the regular play button in Elmedia Player. Then pause the playback.

4. To go to the next/previous video frame, press the right or left arrow on the keyboard.

To make things even easier when using Elmedia video player frame by frame, the developers built-in a shortcut. Simply open the video and go to the approximate timeline where you want to use the slow motion player functionality. Next, use the keyboard and hit:

You can use the shortcut keys to control the frame by frame video player no matter if it’s playing or is paused. When it’s playing, using the shortcuts will first stop the video and then go to the next or previous frame, according to what you press. Just repeat the process until you get exactly to the frame you were looking for.

Note - if you want to jump in bigger chunks when using Elmedia video player frame by frame, press the ← or → keys and you’ll skip 5 seconds in each direction. This is very helpful if you’re around the timestamp you need but not close enough to actually use the frame by frame video app functionality.

Is There a Difference Between Various Frame Rates?

All the numbers before a video frame rate are an indicator of how many frames per second you’re seeing in that specific video. So, the higher the number, the bigger the frame rate for the content you’re going to watch. Also, the "p" and "i" letters tell you if the video frames are displayed using a progressive or interlaced format.

Did You Know That?

The 24p frame rate is the closest to what’s used in films and theatrical motion pictures 50i and 60i frame rates are recommended for standard, everyday recording.
The 25p frame rate is mostly used in countries other than Canada and the United States. A 50p video contains double information per unit of time compared to a 25p one.